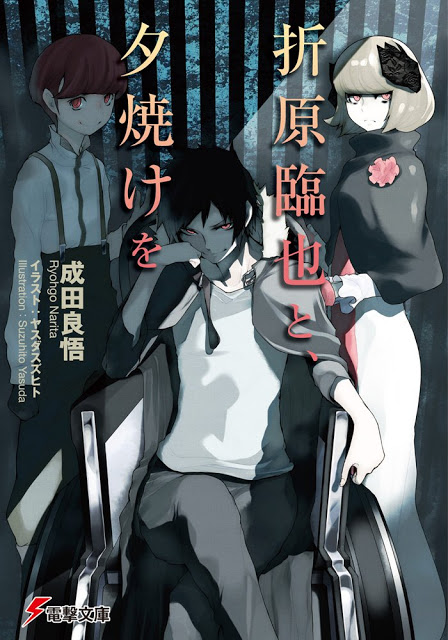 The man who pilots a wheelchair and who makes a living out of being an “informant.”

On the truth of the murder which occurred in the stadium in which he is in, “In order for me to observe humans, all I need is the minimum amount of technology and knowledge.”
The man named Orihara Izaya is not a detective. In fact, he is the exact opposite of such a being.
He accepts most of the things that happen right in front of him without hesitation. Towards the murderer who shoots his/her own family member(s) to death right in front of his eyes, Izaya speaks with a smile, “Now, how do you feel?”
Hence, Orihara Izaya does not act in an ethical manner worthy of praise, nor does he adopt a logical way of thinking. He accepts the occurrence in front of him with indifference and puts on a front, “Everything is as per my expectations.”
He is a jester who corners both the culprit and the victim. Even though he bears no grudge or anger but just for the sake of his own enjoyment, he traps and he corners… he is an unpleasant clown who watches with laughter when just like that his target falls off the cliff.
Orihara Izaya is not a detective. He is a self-assured clown in all respects, a jinx who drags everyone involved with him into the swamp.